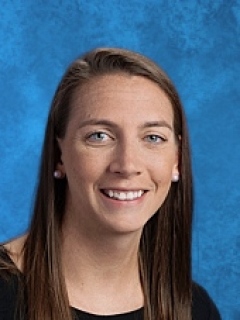 Originally from Pearland, Texas, I moved to Tennessee after accepting a scholarship to play collegiate soccer at Lee University. While there I met my husband Chris. We got married in 2009 and welcomed our son Benjamin five years later. We moved to Florence when Chris took the position as Head Women’s Soccer Coach at the University of North Alabama.

I began teaching math in August of 2010. While teaching I have had the pleasure of serving as a sponsor for both Math Team and National Junior Honor Society, as well as being the Head Varsity Girls Soccer Coach. I have completed two masters degrees, an Educational Specialist degree and hope to one day pursue a Doctorate. I am truly blessed to be a part of Florence City Schools!